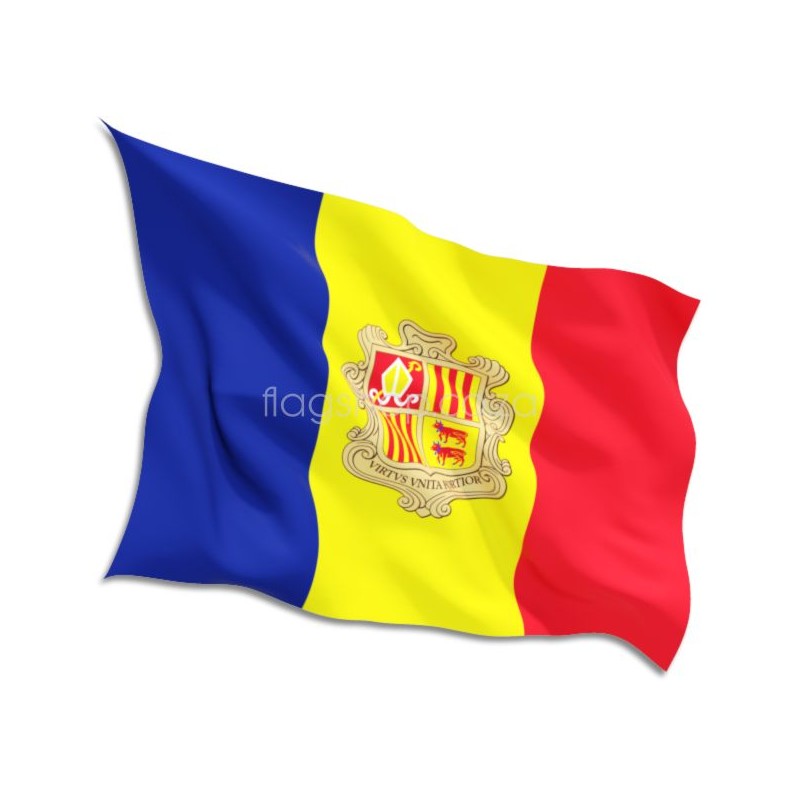 The national flag of the Principality of Andorra was adopted in 1866. The flag is a vertical tricolour of blue, yellow, and red with the coat of arms of Andorra in the centre.

Although the three vertical bars may at first appear to be of equal width, the centre yellow bar is slightly wider than the other two.The design is similar to the flags of Romania, Moldova, Chad and the flag of Queen’s Flag of Andorra University in Ontario, Canada. All of these are vertical tricolours of blue, yellow, and red, but unlike that of Andorra, their flags all have stripes of equal breadth.

The design is related to the flags of France and Spain, the two states that protect the independence of the small state. A flag of three bars is similar to that of the French Tricolore, while the pattern of a wider middle stripe can be noted on the Spanish flag. The blue and red of the Andorran flag are also found on the French flag, with red and yellow also being the principal colors of the Spanish flag. From 1806 to 1866, Andorra’s flag was a vertical bi-color of yellow and red. The motto in the coat of arms in the middle stripe Virtus Unita Fortior means “Strength United is Stronger”. Wikipedia