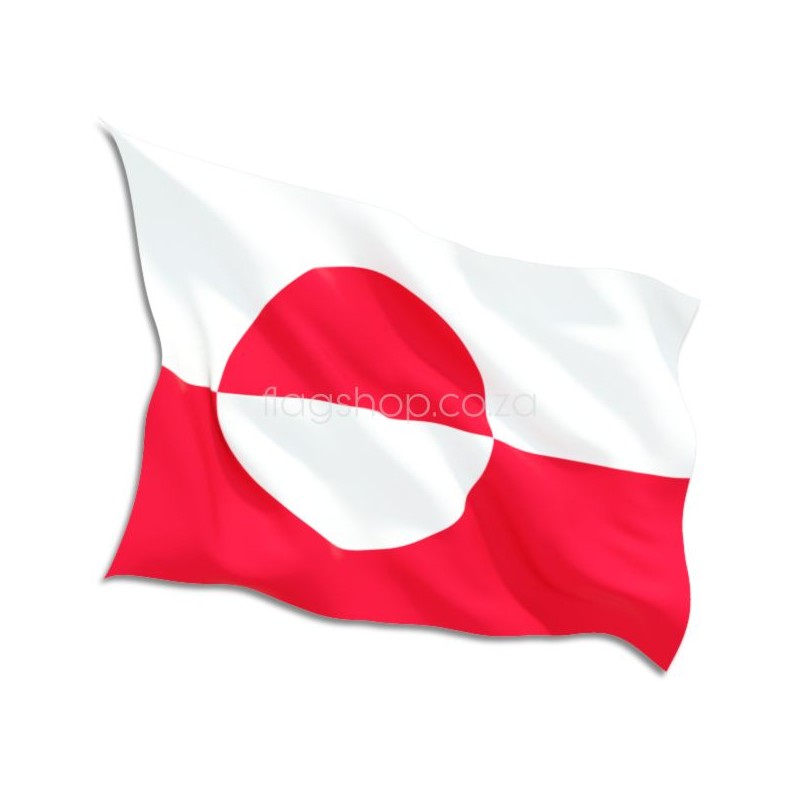 The flag of Greenland features two equal horizontal bands of white (top) and red with a large disk slightly to the hoist side of centre. The top half of the disk is red, the bottom half is white. The entire flag measures 18 by 12 parts; each stripe measures 6 parts; the disk is 8 parts in diameter, horizontally offset by 7 parts from the hoist to the centre of the circle, and vertically cantered.