Situated on the Highveld, Gauteng is the smallest province in South Africa. Though Gauteng accounts for only 1.5% of the country's land area, it is home to more than a quarter of its population. Highly urbanised, the province contains the country's largest city, Johannesburg, its administrative capital, Pretoria, and other large areas such as Midrand and Vanderbijlpark. As of 2019, Gauteng is the most populous province in South Africa with a population of approximately 15 million people according to estimates. Wikipedia 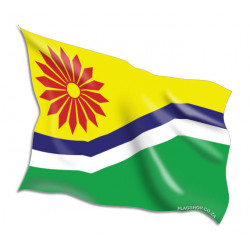