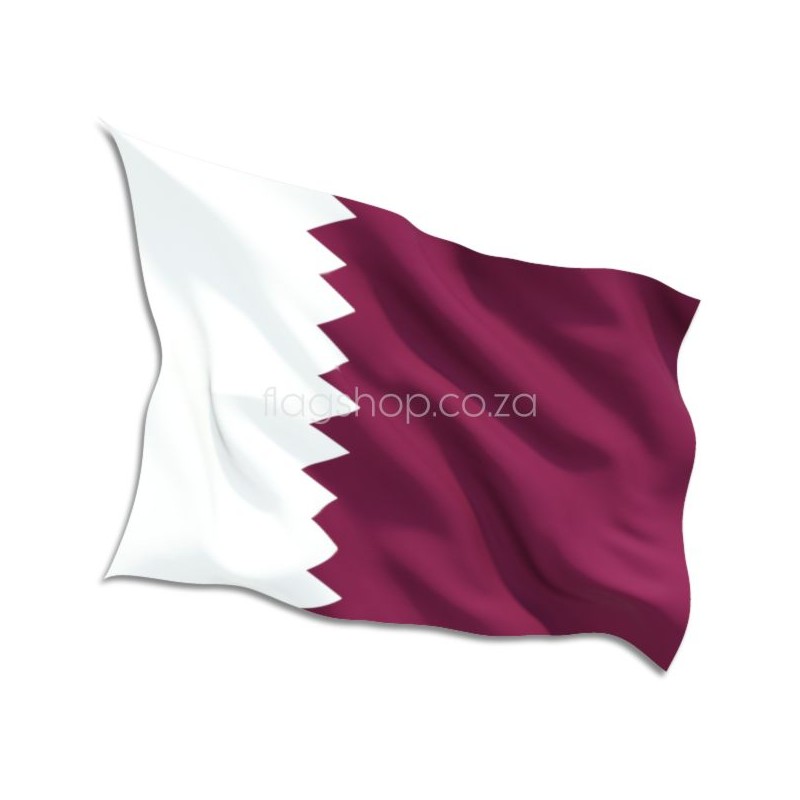 The flag of Qatar (Arabic: علم قطر‎) has a proportion of 11:28. It is maroon colour with a broad white serrated band (nine white points) on the hoist side.

The meaning of Qatar’s flag is:
• The white colour reflects the internationally recognised symbol of peace.
• The maroon colour symbolizes the blood shed during the several wars Qatar had undergone, particularly in the second half of the 19th century.
• The nine-point serrated line indicates that Qatar is the 9th member of the “reconciled Emirates” of the Persian Gulf in the wake of concluding the Qatari-British treaty in 1916.

It is very similar to the flag of the neighbouring country of Bahrain, which has fewer points, a 3:5 proportion, and a red colour instead of maroon.

A popular but fanciful tale referring to the maroon colour and the similarity to the red Bahrain flag, is that purple is what becomes of red fading in the Gulf sun. The legend goes that Qatar’s flag used to be red, and that a new type of dye was used for the original flags. However after being left in the sun, the colour changed to maroon, which was then regarded to be a more beautiful colour (by coincidence). That is also why this specific shade of maroon is called “Qatar Red”.

Qatar‘s emir, like Kuwait’s, is not known to have a personal standard, nor does any other member of the royal family. Wikipedia