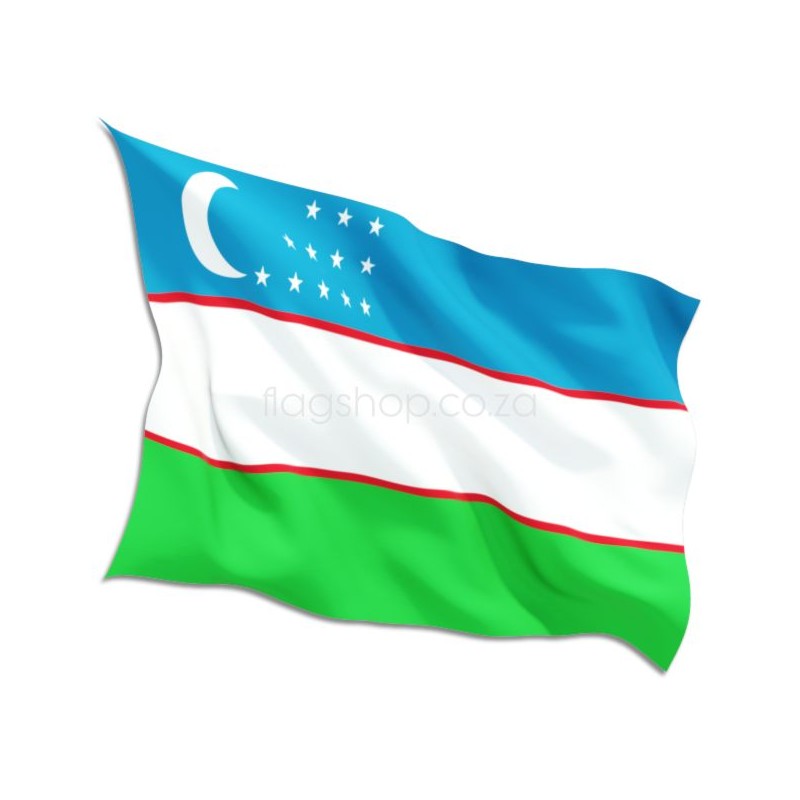 The flag of Uzbekistan (Uzbek: Oʻzbekiston davlat bayrogʻi) was approved at the Seventh Extraordinary Session of the Supreme Council of the Republic of Uzbekistan, on November 18, 1991.

ccording to the Uzbek embassy:

The State flag of the Republic of Uzbekistan was approved at the Seventh Extraordinary Session of the Supreme Council of the Republic of Uzbekistan, on November, 18, 1991. The State flag and its symbols portray the historical links with states which have existed in the past within the borders of modern Uzbekistan and embodies in itself the national and cultural traditions of the republic.

1. The colour blue on the flag is a symbol of the eternal sky and life-giving water, which reflect the essence of life. In symbolic language it represents goodness, wisdom, honesty, glory and loyalty. Consequently, the colour of Amir Temur’s state flag was also blue.
2. he colour white on the flag, symbolizing holy peace, harmonizes with the illumination of the day and the sources of light in the universe. The color white is a symbol of purity, transparency, innocence, the cleanliness of desires and dreams, and a striving for inner beauty.
3. The colour green is a symbol of the renewal of nature. In quite a few nations, it is considered to be a symbol of youth, hope and joy.
4. The red stripes are tributaries of the power of life that flows in our bodies.
5. The depiction of a youthful crescent moon is connected with our historical traditions. At the same time it is a symbol of the independence which we have obtained.

Stars are considered a spiritual, divine symbol for all nations. The 12 stars depicted on the state flag of the Republic of Uzbekistan are also directly connected with our historical traditions, with the ancient calendar-cycle of the sun. Our attention to the 12 stars is also explained by the development of astronomy in the scientific thought of the ancient states within the borders of Uzbekistan. It is necessary to understand the depiction of 12 stars on our state flag as a symbol of the antiquity of the culture of the Uzbek people, its maturity and the striving for happiness in its land. Wikipedia 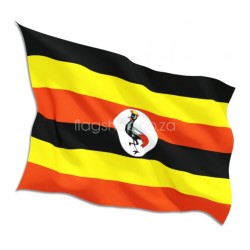