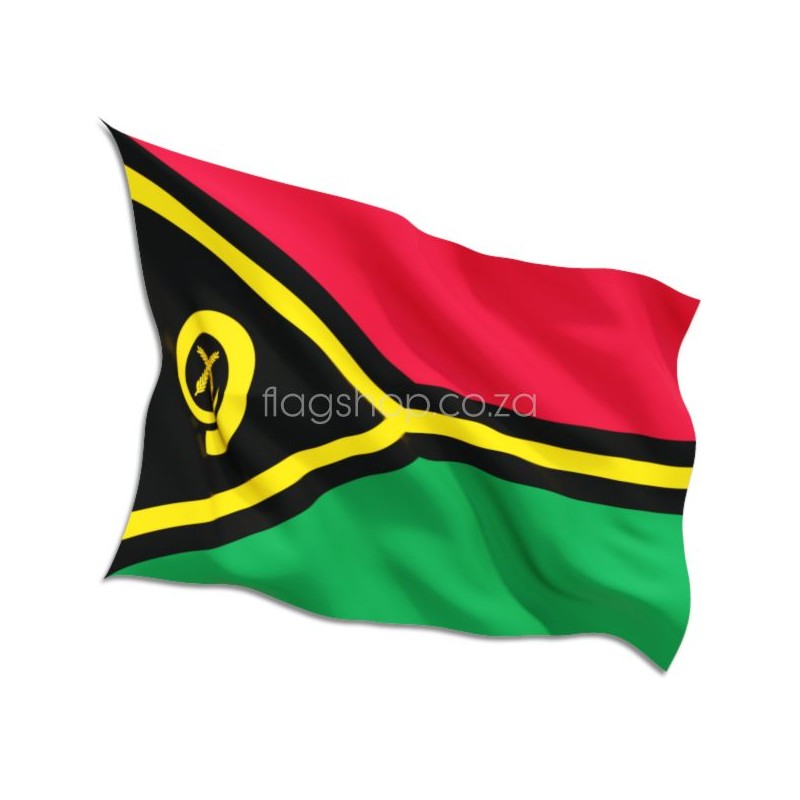 When the Vanua’aku Party led the country to independence as Vanuatu in 1980, the colours of the party flag – red, green, black and yellow – were chosen to be the basis for the national flag of Vanuatu. A parliamentary committee chose the final design based on submissions from local artists.

The green represents the richness of the islands, the red is symbolic of the blood of boars and men, and the black of the ni-Vanuatu people. Vanuatu’s Prime Minister requested the inclusion of yellow and black fimbriations to make the black stand out. The yellow Y-shape represents the light of the Gospel going through the pattern of the islands in the Pacific Ocean (Vanuatu is approximately 90% Christian).

The emblem in the black is a boar’s tusk – the symbol of prosperity worn as a pendant on the islands – along with two leaves of the local namele fern. The leaves are supposed to be a token of peace, and their 39 fronds represent the 39 members of Vanuatu’s legislative assembly. Wikipedia 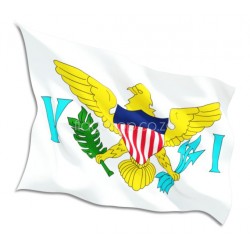 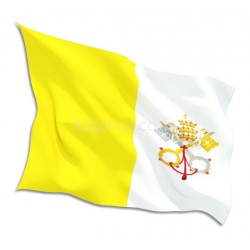 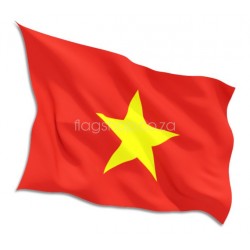